A downloadable game for Windows

Play as Elma and Harper, two tweens who may or may not have inadvertently summoned the evil Pumpking, who has swiped the whole neighborhood's Halloween candy and hidden it inside his army of tiny, adorable decorative gourds. Smash the pumpkins to find candy, then chow down. Once you're turbo-charged with sugar, transform into a costume-clad avenger and bash the Pumpking until he explodes! Master four unique levels and go for a high score in one- and two-player modes.

Hint: Bash the Pumpking while you're not in Sweet Revenge mode to force him to release more pumpkins!

Hint: Enemies can smash pumpkins too! Use this to your advantage.

Drop down a level: Hold down on stick/pad, press Jump

For local 2 player, a controller is required

F1 through F3 control the screen effects, including CRT filter and distortion

The Story So Far…

Beware the Pumpking's wrath, my child
Each darkened Halloween
On Mischief Night, he watches all
And should your pranks be seen
A hefty toll he will exact
While naughty children sleep
He'll steal your candy, every piece
And give it to his creeps!

Elma and Harper were not the sort of kids to get into the bad kind of mischief on Halloween. Yes, they egged people's houses, but they used cage-free eggs! And the toilet paper in the trees was always 2-ply for extra comfort. If the neighbors were unhappy, they shouldn't have given out raisins and dental floss! So it was something of a surprise to these considerate fourth-graders when the Pumpking emerged that night to take their entire candy haul (even the rare full-size bars!). Now, using only their wits, the power of sugar, and several very sharp knives, these tweens are on a mission to take back their sweet earnings.

In order to download this game you must purchase it at or above the minimum price of $4.99 USD. You will get access to the following files: 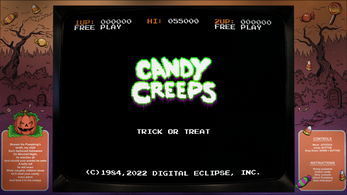 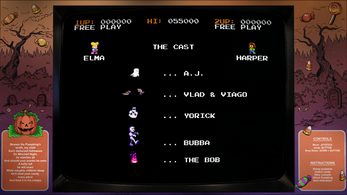 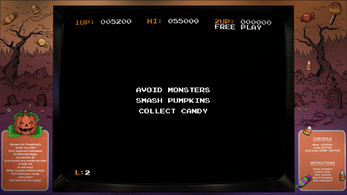 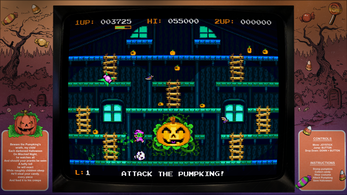 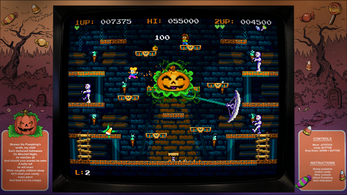 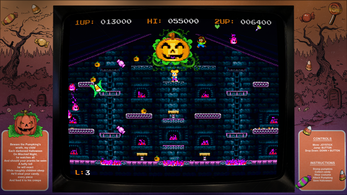 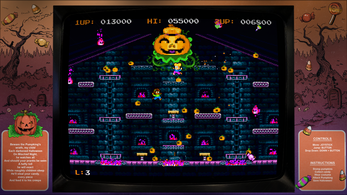 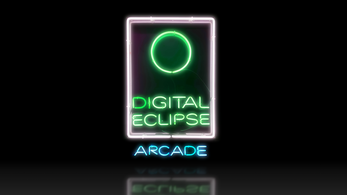